Much loved security officer died Thursday after being shot by Boston Marathon bombers. EMTs were praying it wasn't Collier as they sped to the scene. 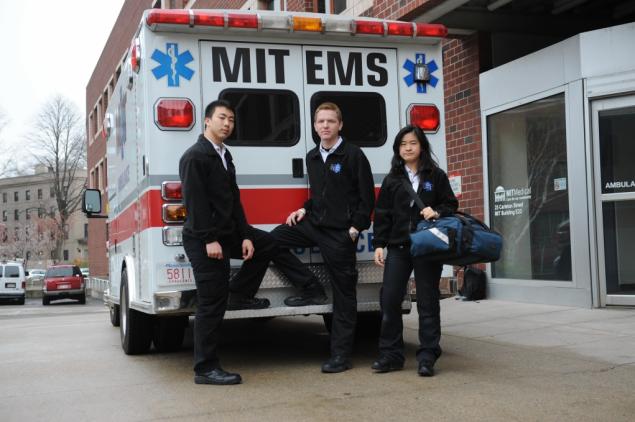 Boston was still reeling from the bombings and a manhunt was underway for the suspected killers when a trio of young EMTs gathered in an office on the MIT campus to start their shift.

The massacre at the marathon finish line had happened just across the Charles River from their campus.

But for Dylan Soukup, Juliann Shih and Maximilian Tang, all 20 and full-time students at the prestigious university, it was shaping up to be a routine night.

Then, at around 11 p.m. Thursday, the police radio crackled — and the tragedy that transfixed the world was suddenly on their doorstep. 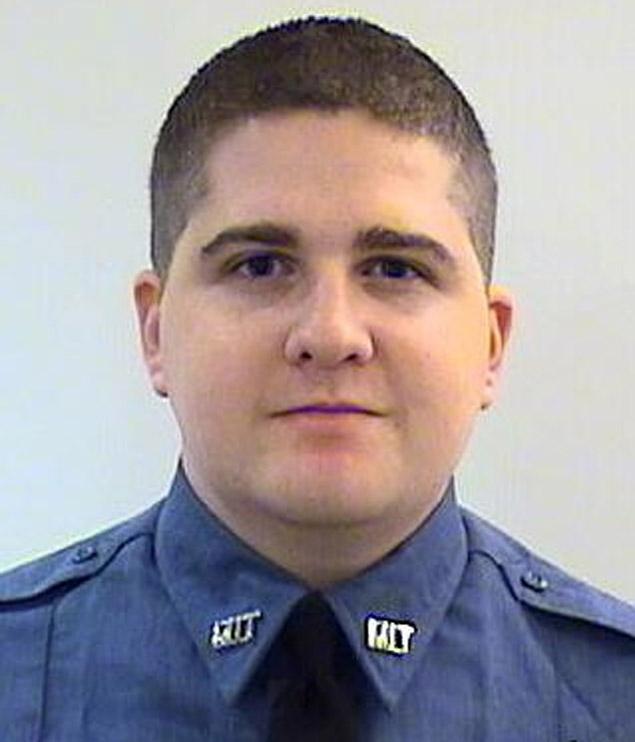 MIT officer Sean Collier, 26, of Somerville, was the victim in a shooting by Boston Marathon bombing suspects Dzhokhar A. Tsarnaev, 19, and Tamerlan Tsarnaev, 26.

“That’s when we hear radio dispatch call that someone was shot,” said Soukup.

Minutes later they found themselves rushing to save the fourth victim of the terrorist Tsarnaev brothers — a beloved 26-year-old MIT police officer named Sean Collier.

In an exclusive interview with The Daily News, Soukup and the others said they knew Collier well. He often spent his breaks in the EMTs basement office playing video games.

“From the beginning, he was the best officer; we always wanted to be on calls with him,” said Soukup. “He was young like us. He understood us.” 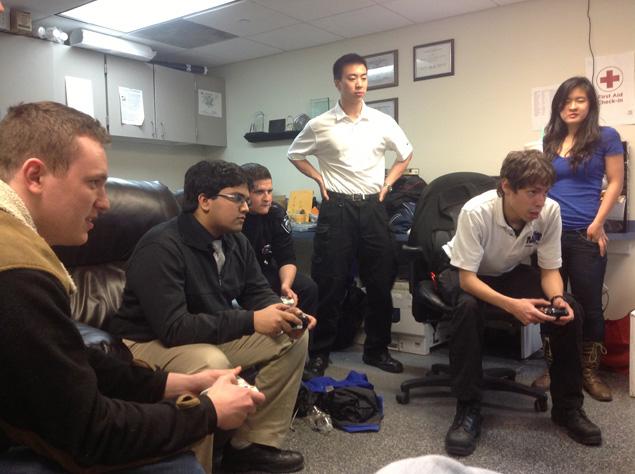 Collier, (in uniform, center back), was popular with the MIT students. Here, he plays video games with friends from the the MIT EMS squad: (from left) David Levonian, Aditya Kalluri, Sean Collier, Maximilian Tang, Noel Morales and Juliann Shih.

But when they heard the shooting was at 32 Vassar St., Soukup said they realized that “was exactly where Sean was.”

Shih said they tried to think of Collier as just another patient.

“It’s burned into us not to think too much about who the patient is, but to do everything we can in that time and at that moment,” she said. 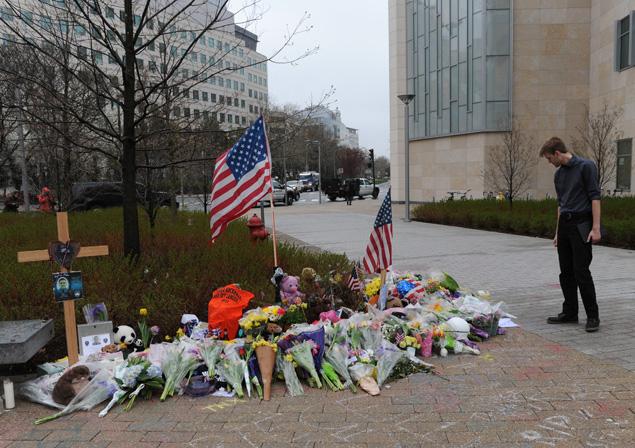 A memorial set up for MIT Police Officer Sean Collier, who was killed during the manhunt for suspected Boston Marathon bombers Tamerlan and Dzhokhar Tsarnaev.

Citing privacy laws, the EMTs declined to say what — if any — aid they gave Collier. But Shih said she went to the hospital after her shift to see if he made it.

Tang said all through the night their cellphones “were exploding” with calls from worried cops wondering what happened to Collier.

“It was really hard not to tell them,” he said. 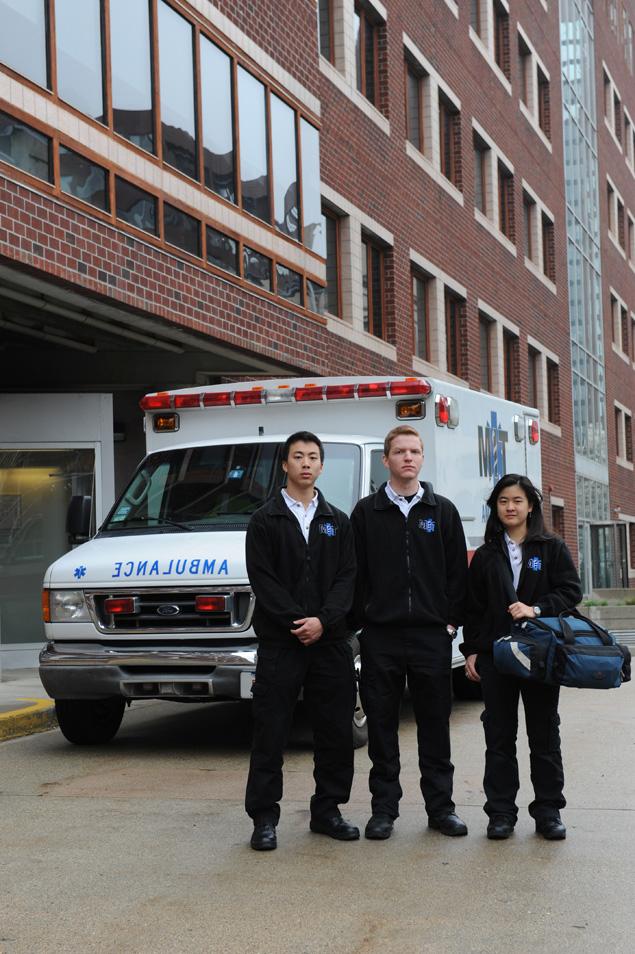 Juliann Shih (right) said the EMTS tried to think of Officer Collier as just another patient, but she went to the hospital after her shift to see if he made it. ‘I had to look, I had to know,’ she said. ‘He wasn’t there. Then I knew.’

Tang said he and the others kept their feelings bottled-up until they met later with their superior.

“Recapping it all for them was the first point we all kind of let our guard down,” Soukup said. “We were just trying to hold it in.”

They had seen Collier just an hour before he was murdered.

“He flashed his emergency lights at us,” said Soukup. “It was his way of saying hello. I flashed the (ambulance) lights back at him and we waved and smiled.”

Then, blinking back tears, Soukup added, “That was the last time I saw him alive.”