MIT's collegiate EMS students embraced the move of designing their own vehicle because they are "unencumbered by tradition," their director says.

Editor's note: Collegiate EMS Week runs November 11–17 this year to recognize and celebrate campus-based EMS. MIT-EMS is highlighted this week as a collegiate program that is embracing innovation.

MIT's student-led Emergency Medical Services team (MIT-EMS) members have boldly designed their own ambulance in an effort to improve upon the safety of what is currently commercially available. The program has received numerous inquiries since publicly debuting the new vehicle this year.

MIT-EMS Technical Director Mark Forgues explains that the undertaking was born of his concern for his students' safety. Their previous vehicle from 2003 had outdated technology, it had restraints that were unusable when treating patients and it "probably been kept around longer than it should have been." The fear that kept him up at night, Forgues says, was that one day he'd have to talk to the parents of one of his members to explain why they were injured while working on the service's old ambulance.

The students embraced the trail-blazing move of designing a vehicle themselves because they are "unencumbered by tradition," Forgues says.

"They're all new to the field, and when they come in they work with the system" he says, "but in general they haven't been pushed into a traditional mold."

EMS organizations are generally not interested in experimenting, Forgues says. Obstacles can include committees, funding, regulations and other purchasing constraints. In addition, pioneers bear the brunt of the extra effort. For the most part, "others benefit by letting someone else go first," Forgues says.

At MIT however, an institution that is no stranger to innovation, the group had the necessary support. "MIT and my boss were completely supportive and said, 'Go ahead and do what you think is best for the students, and have at it,'" Forgues says. "It was basically carte blanche."

The students started planning in 2011 and envisioned an ambulance more like a European model. They utilized their experience treating patients in traditional U.S. vehicles (both at MIT, and some at outside EMS agencies) and understood the difficulties and limitations of those designs— including the awkwardness of trying to treat patients while seatbelted.

Additional considerations in seat safety included going from sideways facing to front facing, and deciding on stationary vs. sliding. They liked the concept of sliding to allow for more space, but sacrificed it due to lower safety. Another idea sacrificed was that of a refrigerator on the truck from certain drug storage.

Other areas of concern included storage space, strike zones and watching what would be at eye level.

Some of the students do have technical backgrounds, Forgues says. They thought about bringing in additional students with applicable education underway, but the project would then have gone into additional years.

"So we just did it on the background of the students we had and the information we had, and consulted with (ambulance safety expert Dr.) Nadine Levick," Forgues says. He notes that Levick does not endorse their untested design and was concerned with it being a compromise between current American and European designs..

Braun, the manufacturer that took on the challenge of building the ambulance, also proved a helpful player in the final design, Forgues says, and provided expertise on the limitations they faced due to technical reasons and regulations. "They explained why we can't do this, this and this," Forgues says.

"The ambulance inspector in the state wanted us to succeed as well," he adds, and says the MIT group was given some latitude from the old specs, but not as much as they wanted.

Forgues says he would certainly consider going through this process again, and already has ideas on what they might try to do differently the next time around. "In another 7-8 years we'll see what's available on the market and what advancements have been made," he says, or whether the group considers it best to create another new design.

Forgues suggests that other services could try to follow suit. "We have had a number of requests for design information," he says. 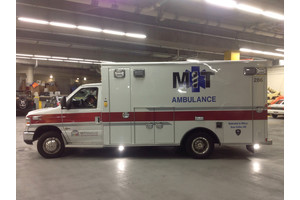 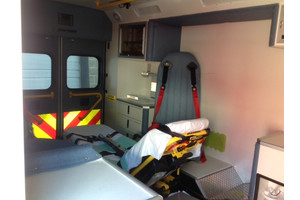 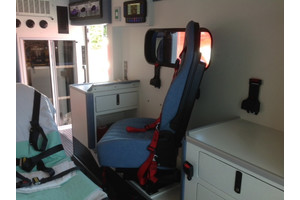 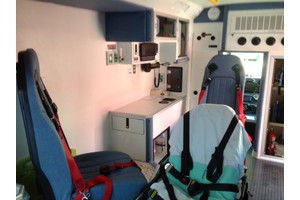 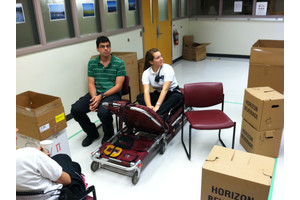 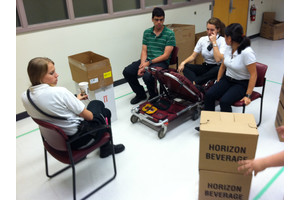 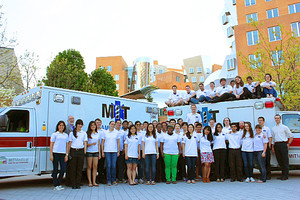