The new vehicle, a Ford Explorer, has been outfitted with state-of-the-art sirens, LED lights and Scotchlite reflectivity, according to senior Jonathan Ehrlich, a member of TEMS who designed the truck's modifications along with Bartlett.

"Scotchlite reflectivity is a technology that was developed by 3M, which is designed to make the vehicle extremely visible during the day and at night," Ehrlich said.

TEMS started planning last spring to acquire a replacement vehicle, according to Executive Director of TEMS Kayla Murdock, a junior.

Murdock said that the primary TEMS vehicle is replaced approximately every six years to ensure continued reliability. Before this one, the most recently purchased TEMS truck was acquired in 2004, she said.

"Every few years, we're supposed to get a new one," she said. "Periodically, our truck is replaced, just to account for general wear and tear on the vehicle," she said.

"The vehicles that we have are on a planned replacement cycle," Bartlett said. "You can anticipate years in advance how much use a vehicle is going to get, and you want to be able to anticipate for when you're going to need to replace that and budget accordingly."

The old vehicle will remain in use for administrative services like transporting cargo and commuting between Tufts' campuses, according to Bartlett.

The new Ford Explorer is the same model as the previous truck.

"It's a good vehicle; [it] fits all of the equipment that they need to fit," Bartlett said. "One of the big considerations is that it's going to have a cargo area that's long enough to accommodate the large backboards that they need to carry."

"It continues to be a good vehicle for the purposes TEMS needs, so we're sticking with that model," Bartlett said.

"The new vehicle will definitely be seen on the road," Ehrlich said. "It's definitely the best TEMS truck that we have yet." 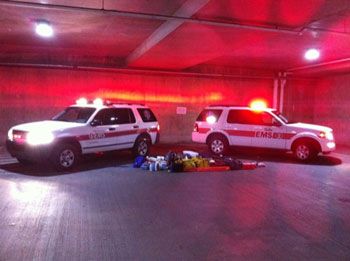 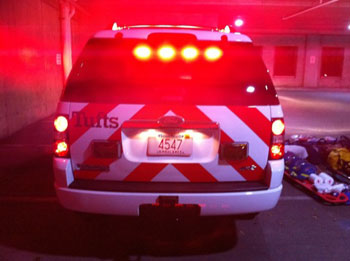 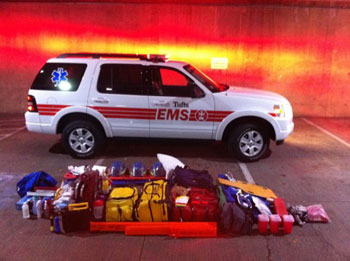