Careful assessment is important for EMS since alcohol poisoning kills six people in the U.S. each day; most deaths occur among middle-aged adults 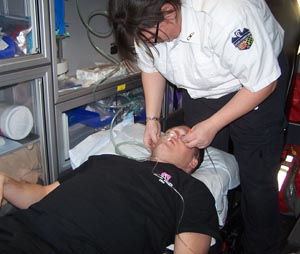 Every day six people in the United States die from alcohol poisoning after a single episode of binge drinking, according to a new report from the Centers for Disease Control and Prevention.

Alcohol poisoning deaths are the result of drinking a large amount of alcohol in a short period of time – a binge. The resulting high levels of blood alcohol impact brain function, airway protection, respiratory drive, and heart rate.

EMS providers, who frequently make contact with patients under the influence of alcohol, might not be surprised by these findings. "Honestly I expected the death rate to be higher," said Chad Pore, Butler County (Kansas) EMS Director.

"We recently cared for a young adult male that was highly intoxicated after drinking at a party," said Pore. "There was a high potential for aspiration that our medics needed to recognize with solid assessment skills."

Alcohol is one of many causes of respiratory depression.

"For any patient with decreased respiratory drive the first tool for our medics is end-tidal carbon dioxide monitoring," said Pore. "We have the capability and it is the expected norm for our care."

"We can't dismiss a patient as just drunk," said Jonathan Blatman a paramedic that works in the Philadelphia area. "Traumatic brain injury and other things cause altered mental status."

CDC scientists analyzed deaths from alcohol poisoning among people aged 15 years and older. Alcohol dependence, also known as alcoholism, was identified as a contributing factor in just 30 percent of these deaths, and other drugs were noted to have been a factor in only about 3 percent of the deaths.

Myth: Binging is a high school and college kid problem

Pore concurred with the CDC findings. "We see binge drinking in patients of all ages."

While this study reveals that alcohol poisoning deaths are a bigger problem than previously thought, it is still likely to be an underestimate. 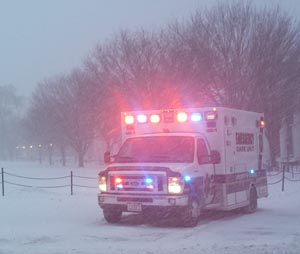 "The findings about the age of patients were surprising to me," said Dr. Chad Asplund, Medical Director of Georgia Regents University Student Health Services. "Especially for women, who are generally smaller and can get intoxicated with fewer drinks."

Binge drinking is a common occurrence on college campuses.

"We know students consume too much, too quickly and are not aware of the alcohol content," said Asplund. "Students getintoxicated quickly when they think they are having fun playing beer pong."

Blatman has assessed many alcohol poisoning patients in a career that has included three years of collegiate EMS and 10 years in a college-town EMS agency. "Alcohol intoxication was not the only complaint we responded to on campus, but it was a significant proportion of our calls," said Blatman.

Arman Fardanesh, EMS Deputy Chief in Newark, home of the University of Delaware, had a similar assessment of the frequency.

"Every college campus has binge drinking. Some campuses are worse," said Fardanesh. "Our campus has experienced several fatalities directly attributable to alcohol poisoning and several more from trauma secondary to intoxication."

Assessment and transport: Err on the side of caution

After a binge drinking episode family, friends, and other caregivers might be tempted to simply let their friend, roommate, or spouse 'sleep it off.' Or a police officer might encounter the patient after responding to a disturbance, altercation, or person down and then police officers make the decision to call EMS.

A full assessment of the patient's vital signs and recent history is warranted. Determine the type and volume of alcohol, as well as other beverages and foods the patient has consumed.

"Mixing alcohol with highly caffeinated drinks, like Red Bull or Monster Energy, can be associated with consuming even more alcohol," said Asplund. 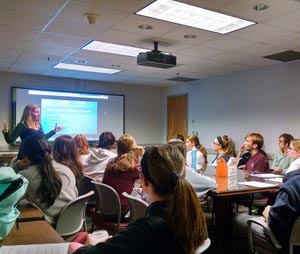 "Because there is always a risk of aspiration, we tell students that if they are unsure about the safety of their roommates or acquaintances that they should call 911," said Asplund.

Fardanesh, who is also the faculty advisory for the on-campus emergency care unit, explained a similar approach at the University of Delaware.

"We have an amnesty program which encourages students to look out for their peers and call 911. No one will get in trouble for calling 911.

"The EMS decision to transport requires getting a full picture," said Blatman. "It is a combination of determining the patient's competence to refuse care, how much and what they drank, and any other drug ingestions.

EMS care for a patient with respiratory depression secondary to alcohol ingestion includes airway protection, an OPA or NPA depending on the presence of a gag reflex, preparing for the patient to vomit, assisting ventilations if indicated, and monitoring respiratory status with capnography.

"Don't be confrontational. Patients are generally calm and somnolent," said Blatman. "Let them stay that way by avoiding arguments or provocation."

In some systems a police officer is part of the 911 medical response. An on-scene preliminary breath test with a breathalyzer can provide insight into the patient's blood alcohol concentration, but is not likely to change the course of treatment or transport decision.

"The patient's blood alcohol concentration is not a diagnostic tool. The UDECU medical control is more interested in the patient's level of consciousness and other vital signs," said Fardanesh.

"Alcohol poisoning deaths are a heartbreaking reminder of the dangers of excessive alcohol use, a leading cause of preventable deaths in the U.S." said CDC Principal Deputy Director Ileana Arias, Ph.D. "We need to implement effective programs and policies to prevent binge drinking and the many health and social harms that are related to it, including deaths from alcohol poisoning."

"The findings of the CDC report present an opportunity for us out to help our community," said Pore.

EMS agencies might apply the techniques that are being used on college campuses to educate on the dangers of binge drinking.

"In our presentations we play a game about which drinks have higher alcohol content," said Asplund. "A Long Island Iced Tea or a Jell-O shot can have a deceptively high amount of alcohol."

The University of Delaware and surrounding community have also provided education to the business that sell and serve alcohol.

"We train people, like bartenders and bouncers, to recognize people that have overconsumed alcohol and should not be served," said Fardanesh. "We also want people to call 911, even if they are unsure. There are too many times when somebody should have called and nobody did."

"We know from repeat encounters with some individuals that we need to work with our hospital partners to assist patients that call us regularly because of alcohol dependence," said Pore.

The research findings point to a similar need for community wide and targeted interventions.

"The report emphasizes the importance of taking a comprehensive approach to reducing binge drinking that includes evidence-based community strategies, screening and counseling in healthcare settings, and high-quality substance abuse treatment for those who need it," said Brewer. 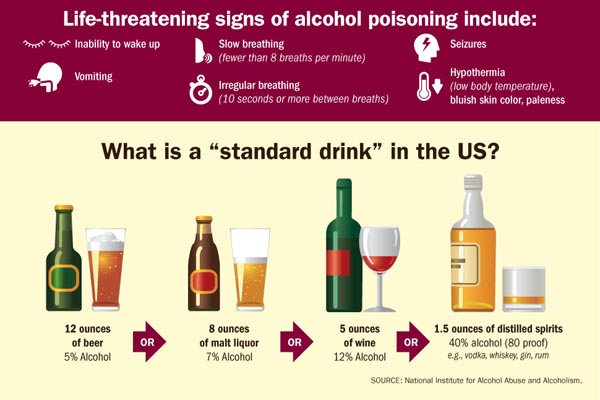